The 8th chakra, known as the Soul Star, is located slightly above the Crown Chakra, about 2 feet. With the 8th chakra, we enter the realms transcending space and time. This energy centre is said to open access to parallel universes and lives; it gives access to the realm of the Akashic records and the sphere of potentialities in the making. It’s a useful centre for shamanic healing and communication with spirit guides.

This is the energy centre of divine love, of spiritual compassion and spiritual selflessness, your Karmic residue, activates spiritual skills contained in the 7th (Crown) chakra.

The 8th chakra is an energy transference chakra. It takes energy from the world, other people, plants, animals, and operates as a step-down or step-up transformer. Seeing the whole body and the chakras as an integrated energy system, the Omega transfers energy from outside the body to inside increasing or decreasing it as necessary to stimulate energy flow and release blocks.

The 8th chakra holds all of your karmic residues. Those energy patterns that you’ve held on to for more than one lifetime. When it begins to open up and expand, a new spiritual awareness begins to take shape. You begin to sense yourself as part of a larger community of people.

This chakra is the gateway to other ideas, concepts, and abilities. It enables you to achieve out of body projection, spiritual perception, and spiritual wisdom. These abilities and ideas are larger than the Self and the earth. They go beyond the mundane and are concerned with the healing of the planet and the self in regards to the Universe and ALL-THAT-IS.

The Soul Star chakra centre is the gateway to your Self as it expands past the planet. Because of this, this chakra is the last energy centre that holds anything human within it. It becomes the temple of human cleansing and the releasing of patterns that are lifetimes old and outdated. These patterns are the last of what holds you to the reincarnation system and your humanness that keep you from uniting with higher powers, beings, and ideas.

When this centre opens up, you not only begin to take on an awareness of this larger community of energies, you also begin to shed those patterns that have kept you rooted to the planet. The shedding is a natural process because once this centre is awakened, you are ready to let go of your humanity and grasp something larger, much more wonderful, and infinitely divine.

Once the Soul Star is opened and functioning, instant manifestation as a true creator will begin. Balancing this chakra will facilitate soul progression and the clearing of emotional clutter within you. This will enable you to move forward lighter with increased vibration. As your vibration increases, you will appear younger in the physical.

When attuned and activated, the Soul Star allows access to the Akashic records, your soul’s intent in this particular incarnation; your soul’s highest purpose above and beyond all individual incarnations.

Where the Earth Star holds Karmic ties that need to be released, it is the Soul Star that stores Karmic lessons that need to be integrated into the current incarnation. It’s through the Soul Star that you are attached to the incarnation cycle. If you can clear this chakra by integrating karmic lessons you will begin the separation of ego and spirit.

It is mastery of this that will transcend Karma. Once you evolve past Karma, you will have access to beings and concepts on higher planes of existence that were once unattainable and any future reincarnations are by choice with a memory of your purpose.

One of the reasons we don’t normally have access to this information is that it may be disturbing. If you succeed in gaining this information, it may be powerful enough to aid you in making momentous changes in your way of thinking and living. It may allow you to let go of old attitudes that may otherwise have held you back in your current life.

The Pain of Opening the 8th Chakra

Because of the strong karmic connection, when this centre opens, it’s not without duress. How much friction you encounter will depend upon how much you have let go of. Once you open the door to spirit you are forever changed and can’t go back. Once this chakra opens, you become fully aware of yourself as part of the universe and not just as a small part of some corner of the world. You start to become aware of information on new levels of awareness and intuition.

You have to let go of those old human ideas about yourself and the planet, this is the first shock, and how you handle it depends on who you are and how well you adapt to change.

In addition to this, at the same time that you are dealing with all of this new information about yourself and the universe, you have to deal with new psychic abilities. These new abilities and awarenesses can make you feel alienated and ungrounded from the planet for some time until the natural ground in the Foot Chakra opens up and reseats you.

The 8th chakra or Soul Star chakra relates to infinite energy, spirituality, supreme Divine wisdom and spiritual compassion. It’s also associated with the origin of enlightenment and ascension, and to the ideal ‘I transcend’.

Because karma is involved, any kind of healing that can bring out and clear past life trauma or patterns will certainly help you progress. But keep in mind that as soon as you do clear away any of these old patterns, you will experience an acceleration in your spiritual abilities.

It’s a good idea then to follow up with a Foot Chakra clearing to facilitate the passing of these more intense energies. As this chakra clears you will pass much more spiritual energy very quickly and you’re apt to become overwhelmed easily.

A good healing mantra to use with this centre would be the phrase MA-AH-ZOD. This phrase can help to clear karmic residue out of your centre. Focusing or chanting this phrase to yourself while doing healing work will assist you in pulling energy down that you need to process the chakra.

Another mantra for this chakra is DEE-EE-OH. This mantra helps the chakra open and become more aware of these new spiritual energies that are passing through it.

Mantras are very important when working with the spiritual energy centres because a mantra will unlock the energy needed to complete healing on these levels. When you heal these spiritual centres, your lowers chakras (0 to 7) becoming grounding points and are not specifically used to shape or invoke the needed energy. Except, perhaps, the Heart Chakra and part of the Crown Chakra. The heart chakra can awaken slightly, if need be, to transmute any spiritual negativity (karmic waste) that may leak down in the process. The Crown Chakra remains slightly active to serve as a portal through which your body-bound consciousness can reach up to the spiritual centres.

Colour: Ultraviolet light. We can’t see what ultraviolet light looks like with our unconventional vision, but you can imagine a very deep violet light being interpenetrated with spiralling bands of green in it.

Underactive: headaches, knowing you have a purpose but don’t know what it is, an illusion of the ego, 3D centred, Inactivity/ sloth, emotionless- empathic abilities run riot, getting into other people’s stuff and not focusing on self-growth.

Overactive: Too much divine energy entering the body can cause confusion, feeling spaced out and loss of purpose if not grounded to the Earth and the here and now. Without balance, fear sets in as the ego reject deep spiritual truths. Get grounded in the Earth Star for relief.

The 8th Chakra and Ascension:

It’s not until the 8th chakra begins to open up and become active that we can avail ourselves of these programs and of the ability to ascend. Until then, the programs remain dormant and we will sense some kind of connection to the divine through the 7th chakra, but the reality of it will seem vague at best.

This vague quality to divinity is the reason why, when we finally do open up the 8th centre, a true sense of divinity sets in. The reality of what was once a vague notion now becomes a full-blown reality. Confusion often sets in because our reality is now much larger. What was once fake is now real, and the physical world seems much smaller.

If you’re trying to evolve past the human condition, but for some reason find that you can’t, the 8th centre is then being held closed by some fear. If a real fear exists here, the 8th chakra will remain closed until you go in and clear out that fear so the chakra can open up and you can expand.

When the 8th chakra opens up, so does some spiritual abilities. How many of these abilities and to what degree will vary from person to person. Clairvoyance, out of body travel, advanced dream-recall capabilities, healing gifts, telepathy, even empathy are all abilities that this centre is responsible for activating. The programming for these abilities sits in the 7th chakra centre. So, if there’s a problem with any one of these abilities but not with others, then you may have to look at the 7th chakra for the cause.

Keep in mind, however, when your 8th chakra centre begins to open, you may only see a glimmer of these abilities. They may not become full-blown until the 9th, 10th, 11th, and even the 12th chakras are open.

When the 8th chakra opens you may only experience these abilities but not have any real control over them, and their surfacing may be sporadic at best. EX: When the 8th chakra opens you may start to have out of body travels and you may even be able to command them. However, advanced out of body travel skills like travelling out of the solar system, travel backwards or forwards in time past 200 years will not show themselves until the 12th chakra begins to open.

Understand that as these latent abilities begin to open you may feel as if you’re going crazy. I assure you, you’re not. Look at these new gifts as a kind of game and play with them. Test them out and become stronger with them. Have fun with it all as your new 8th chakra centre is now open. 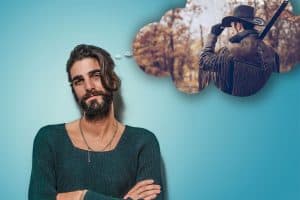 Types of Past Life Memories

Kinds of Past Life Memories It may surprise you to[...]