“In the beginning, it is difficult letting go.
But as you get into the swing of it,
you will feel lighter and fresher and better able to see what you really need.
That is what I imagine spring cleaning is truly about.”
—SUSAN JEFFERS, END THE STRUGGLE AND DANCE WITH LIFE

IMAGINE: You are engaged in a horrendous tug of war. You and your opponent stand on either side of a slimy, filth-infested, muddy pit full of unseen, unspeakable horrors, each of you gripping the end of a long rope.
Suddenly, you feel yourself being pulled toward the black hellish hole. You have no idea who your antagonist is. In fact, you don’t even know why you are engaged in this horrid contest, but you do know that you must resist with all your strength. If you are pulled into the pit you will die, and the only way to win is to annihilate your unknown enemy. It seems like there can be no positive outcome in the struggle. He will pull you into the deadly muck, you will pull him in, or you will continue fighting in vain. Your body screams with exhaustion as you are dragged closer to the edge. With a surge of

inner strength, you regain your footing and pull with all your might. And then, suddenly, you wake up, exhausted and drenched in perspiration, and realize that you have relived the same nightmare you’ve had many times before.
Imagine, though, an entirely different outcome for the dream tug of war. Once again, you pick up your end of the rope and struggle against your opponent. Fearful of being yanked into the pit, you pull as hard as you can. Your opponent responds in kind. Then, as if by magic, the light bulb of awareness explodes. You suddenly see a new choice—a bigger picture. You realize this battle can never be won and, most importantly, you recognize that you can choose to end this senseless game. “Why not let go of the rope and walk away?” you ask yourself. You do!
Suddenly, your anxiety and fear disappear. Your self-confidence rises. What a relief! You have finally let go. You have given up the struggle and you feel free! In your elation, a question surfaces, “Why couldn’t I have let go of the rope sooner?” The answer instantly comes to you. The possibility never occurred to you because you weren’t yet aware that you had another choice.

For most of us, life is essentially a tug of war—with us pulling on one end of a rope and an invisible but powerful force pulling on the other.
Unfortunately, sometimes we get so locked into that daily struggle that the struggle itself—whether it’s over a career, a relationship, or our daily lives—becomes so familiar that we don’t even notice it’s happening anymore. Or we notice it but think we are unable to do anything about it. It is happening, though, and it’s almost invariably a result of our inability to let go of something, even if that something is energy draining or destructive. So whether we want to reduce negative stress; break through a fear of success, failure, or rejection; heal ourselves; improve our athletic ability; raise our self-confidence; or deal with a myriad of other issues, the only way to accomplish it is to let go of the rope, let go of that baggage.

The baggage is the unconscious Elephant’s programming, accumulated beliefs, and models of how the world should work, and much of our stress, exhaustion, and emotional anxiety stems from dragging it into every area of our lives. We let the Elephant’s learned superstitions, biases, prejudices, stereotypes, fears, and old beliefs bog down our creativity and emotional and spiritual growth. Why do we do it? Why do we fight, struggle, and try to control the uncontrollable, when letting go may well be the easiest and healthiest choice? Is it a habit? Is it the Elephant’s fear of change and loss, or is it the need to stay with the familiar? Whatever the reason, the mere thought of letting go makes most of us feel as though we are about to jump into an abyss without a safety net. The conscious Rider can learn to help the Elephant let go, but before that can happen, we have to understand exactly how the Elephant’s resistance to change affects our ability to do so, what letting go is, and what we need to let go of.
How the unconscious Elephant Resists Change

I have previously offered some classical and contemporary definitions of ego. You may be familiar with another important theory, Freud’s structural model of the psyche, the ego works as a mediator between the id (responsible for instincts, impulses, and primary functions of the brain) and the superego (where the conscience resides). In this model, the ego is responsible for reality testing and personality. As I explained, I see the ego differently—as a Trickster that’s powerful, full of deceit, and ultimately the source of all negativity in our lives. It’s this negativity—the primitive, fear-based survival self of the unconscious Elephant morphed into illusory fear—that acts as a barrier to letting go, and it does so in a variety of ways, including the following:

• Holding on to a fearful past and predicting a fearful future
• Deceiving the Rider into believing that being separate from others is safe and necessary
• Choosing competition over cooperation and “I” over “we”
• Encouraging us to define ourselves in terms of what others think of us
• Forming unhealthy attachments to people, ideas, and things
• Always being primed to attack or defend
• Needing to be right at the expense of almost everything
• Observing the world through the lens of fear
• Associating surrender with defeat
• Needing to blame, experience guilt, or feel anger
• Believing others should be responsible for meeting our needs
• Believing people and circumstances should conform to the way we think the world should be
• Always wanting more and never being more than temporarily satisfied
• Believing that controlling others is always effective
• Being terrified of letting go

It is the final characteristic of the unconscious Elephant—being terrified of letting go—that is the ego’s Achilles’ heel. It is by focusing on this point of vulnerability that the Rider can influence the Elephant and create change by using its mental tools of mindfulness, acceptance, and forgiveness to transform fear into love. None of this is intended to suggest that letting go is easy. Like many important things in life, it can be very difficult, although the payoff is substantial. Realizing that payoff, in this case, requires going through a process of five steps, as follows:
1 Acknowledge the negative emotions that tell you what you need to let go of. Emotions are often signposts but are also frequently ignored until they become destructive. Anxiety, stress, depression, anger, and heartbreak are all signposts of negative emotions, as are constantly revisited disheartening memories, grudges, and guilt from the past. Acknowledging our negative feelings fully is a powerful way to supercharge the process of letting go.

2 Recognize that you have complete control over letting go. Asking the right questions can help you do this, such as “Does holding on to negative thoughts, memories, people, or things serve a purpose?” “If so, what purpose does it serve?” and “Does holding on move me forward in a positive direction?”

3 Accept and trust that it is time to let go. This happens when you become grateful for the experiences you have had, negative or positive, and accept, with gratitude, that all experience has value. The more you accept what has happened and is happening in your life, the more peace of mind you will have.

4 Focus on what can be changed. As simple as this sounds, it takes honesty, patience, and courage to accomplish. As I mentioned previously, we humans spend an enormous amount of energy trying to change what cannot be changed. It’s much more productive to focus on today.

5 Forgive those who need to be forgiven, including yourself. Forgiveness is the most powerful and remarkable tool the Rider has to let go of the past. 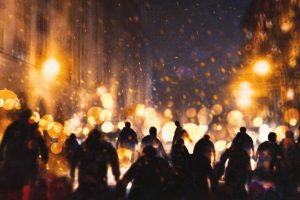 Reasons Why People Procrastinate And How To Stop It

Everyone procrastinates. No matter how young or old you are,[...] 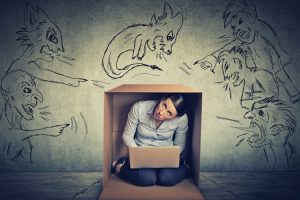 What is your inner critic saying to you?